The territory of Krraba lies in the south-eastern part of Tirana, in the middle flowing of the Erzen and Shkumbin River. The territory of Krraba is one of the most popular hilly areas of our country, with heights that vary from 200-300 m up to 700-900 m.
Its territory has environmental and touristic potential, being ranked among the favourable zones for the visitors who admire nature. Before 1990s, the region of Krraba was the centre of the coal mine, which nowadays has been in conservation since 2000. In 1975, the farm of the silk worm was established. The product was used only for the internal market, in the service of the light textile industry and clothes.

We start our tour to this beautiful village by 5.30am. We go to the center of village, know people and the history of the area, talking to them, and then start to climb the path to Cyclop Eye, guided by a local guide. We see the area admire the beauty and talk to people around.
Agriculture has been a development tradition since old times. The vegetation of this region is very rich. It is mainly represented by the generation of the Mediterranean shrubs with permanent and deciduous green plants as well as the forests of Oak trees. The most widespread type of shrubs is: Heather, Hornbeam, Thrush, Irch, etc.
The richness of Krraba area is added even by the variety of medicinal plants, such as: hawthorn, horn flower, bee grass, nettles, mountain tea, camomile, wild rose, rosemary bay, forest hollyhock, St, Join’s wart, etc.
Fauna in the territory of Krraba has been adapted with the mountainous relief, the climate and the vegetation. The predatory mammals are found in this zone, including: the wolf, the fox, the marten. Apart from them, there is the hawk, the royal eagle of the mountain, the falcon, the owl, cuckoo, the squirrel, the owl, the woodpecker, the quail of the mountain, etc.

The folk costumes of Krraba region are very interesting. Their antiquity is proved in some elements of these costumes documented in the archaeological findings, such as:  handmade belts,  types of trousers,  decorations, which are used in the costumes of the brides of Krraba highlands.
In the men’s outfits of Krraba highlands the black xhoka (long heavy coat) with or without sleeve is very typical. Apart from them, this region is very popular for the knitting of the socks with the characteristic motives, etc.

We know the village, talk to people, have lunch in villager houses. Come back after lunch 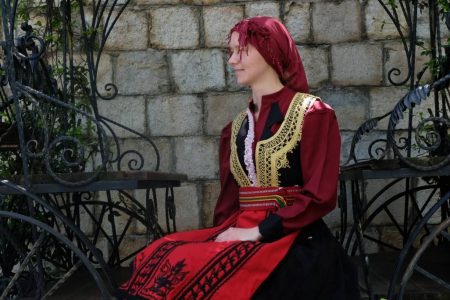 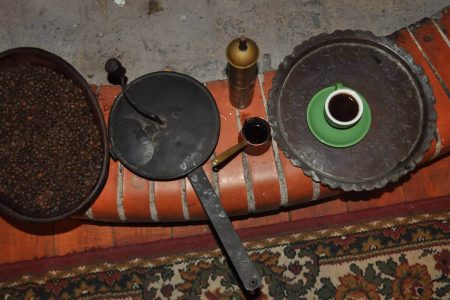